The Experiment: Accessing Internet in Bermuda 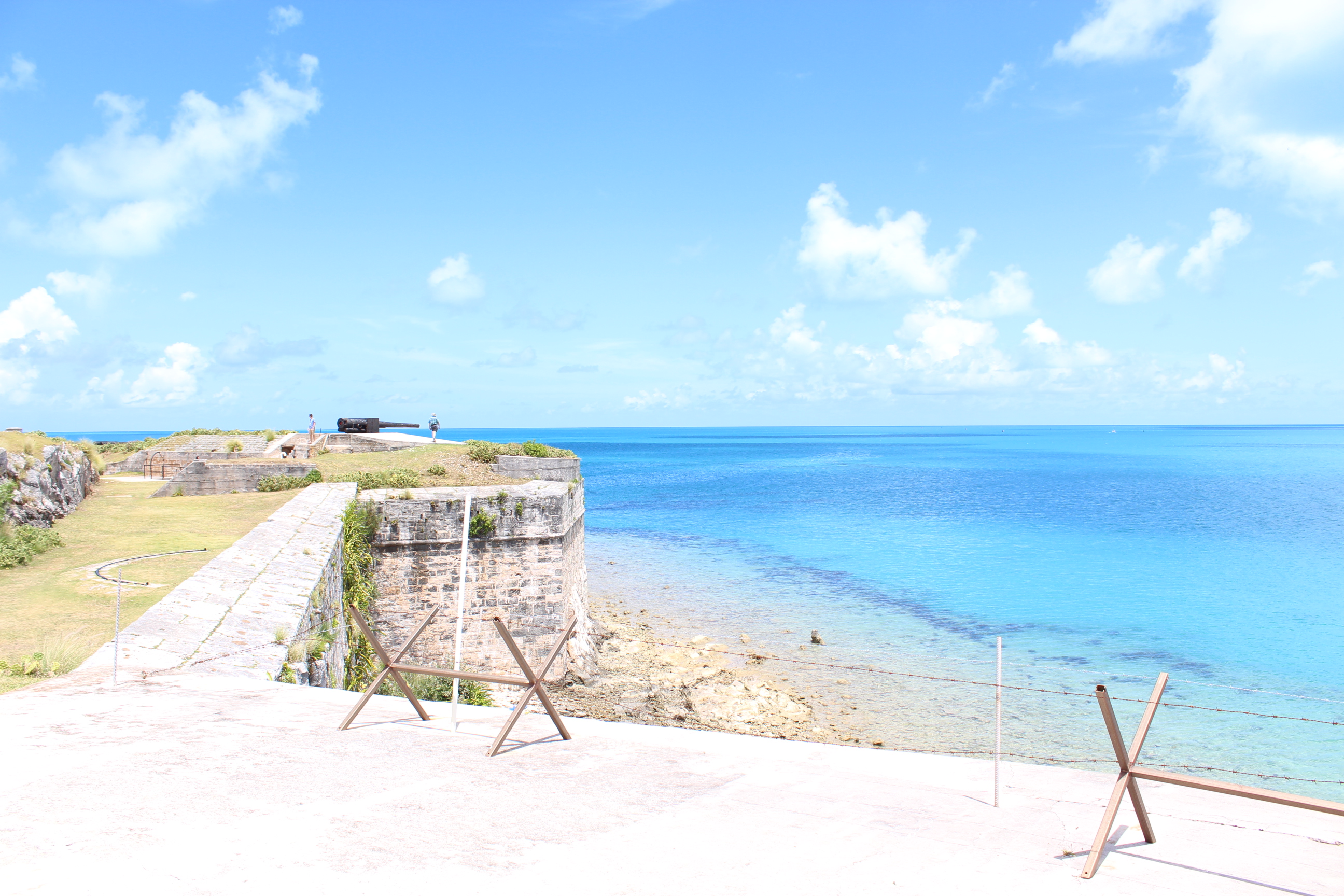 You can even access Wifi from the tip of Bermuda!

While I personally opted to not use ANY data while on my trip, I was definitely tempted to think of ways to access it. I’m used to free WiFi being available in Canada, but that’s not the case in Bermuda.

The one good thing about being data-deprived is that I was constantly paying attention to the data/WiFi offerings around the Island. As tourists crowded the areas, it was easy to spot out the WiFi locations with good offerings (people literally sat on the grass with their laptops to access the WiFi and stayed for long hours at a time – no picture available for this unfortunately, but it was a sight to behold). If you happen to be that person who has a lot of work to accomplish while on “vacation” then you’re probably going to be scouting out these WiFi places yourself.

Although Brightroam offers amazing deals on data plans with Mi-Fi devices, these services aren’t offered in Bermuda just yet! For those who aren’t familiar with Mi-Fi devices, they are essentially portable routers that you can slip your SIM card into to access Data services. Since your SIM card is inserted, all the data charges are essentially to your phone plan. You might be wondering, why use these at all when you can use access your phone’s data services and create a hotspot? The difference is in capability. Mi-Fi devices have the capacity to connect multiple devices without crashing and provide a secure stream for your usage. Additionally, since they are portable routers after all, you can bet that your internet speed will be slightly higher than using your mobile hotspot.

That being said, purchasing a Mi-Fi device will still prove to be extremely useful for the average working adult while on vacation. Brightroam does offer these devices, so you check them out on our site. As for the data plan that comes along, since we don’t offer a Caribbean package, I’d suggest purchasing a local plan from one of the two retailers “CELLONE” or “DIGICEL.” As previously mentioned, both CellOne and Digicel offer basically the same rates, the difference is in your usage. Both offer packages for pre-paid use whether you want to focus on a voice plan or data plan is up to you.

If you’re staying in the more metropolitan areas such as Royal Naval Dockyard, Hamilton or St. George, you may not need to purchase a plan from CellOne or Digicel at all. The reason is that most restaurants and cafes do offer Free WiFi – with the catch of a prior purchase of course. Some of these eateries simply demand a small purchase while others demand a minimum of $10. Regardless, utilizing these eateries is a way better plan for accessing Internet then purchasing a costly plan. It was the norm seeing people camped out on tables with their laptops, whether it was a cafe or even at a local beach park. 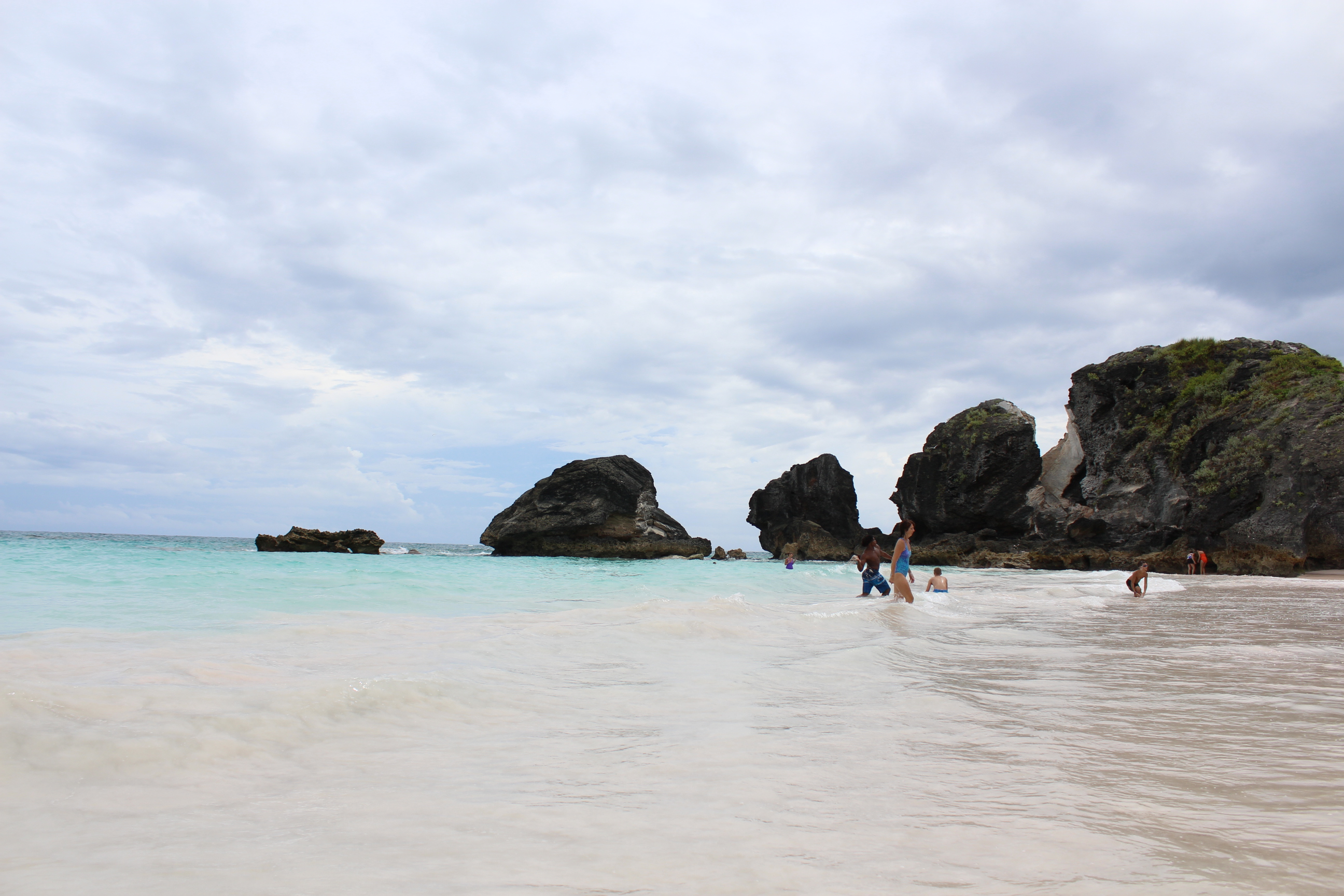 On a sidenote, if this is what a Bermuda beach looks like during a rain storm, imagine how beautiful this place would be in the sun!

If you’re planning on staying connected 24/7 while in Bermuda though, then it may be more efficient to purchase a Mi-Fi device and plan. This is because you obviously can’t access WiFi very easily from eateries and the likes at the beaches.

Wrapping up this post, if you happen to be someone who needs 24/7 connection, absolutely get on that Mi-Fi device and purchase a plan abroad. If you happen to be someone who will definitely need WiFi abroad, but not constantly, stick with camping yourself at eateries (you get to enjoy both local food and Internet – what’s a better deal than that?). If you’re a light user, only checking e-mails once a day, you can still get the Brightroam Caribbean SIM + plan which offers a small amount of data available to you. And no matter what type of user you are, ABSOLUTELY STAY AWAY FROM CRUISE INTERNET SERVICES! They will always amount to at least double the price of what you could be paying, so be very wary of them! Hopefully you’ll have found this post comprehensive and helpful to determining your data needs. 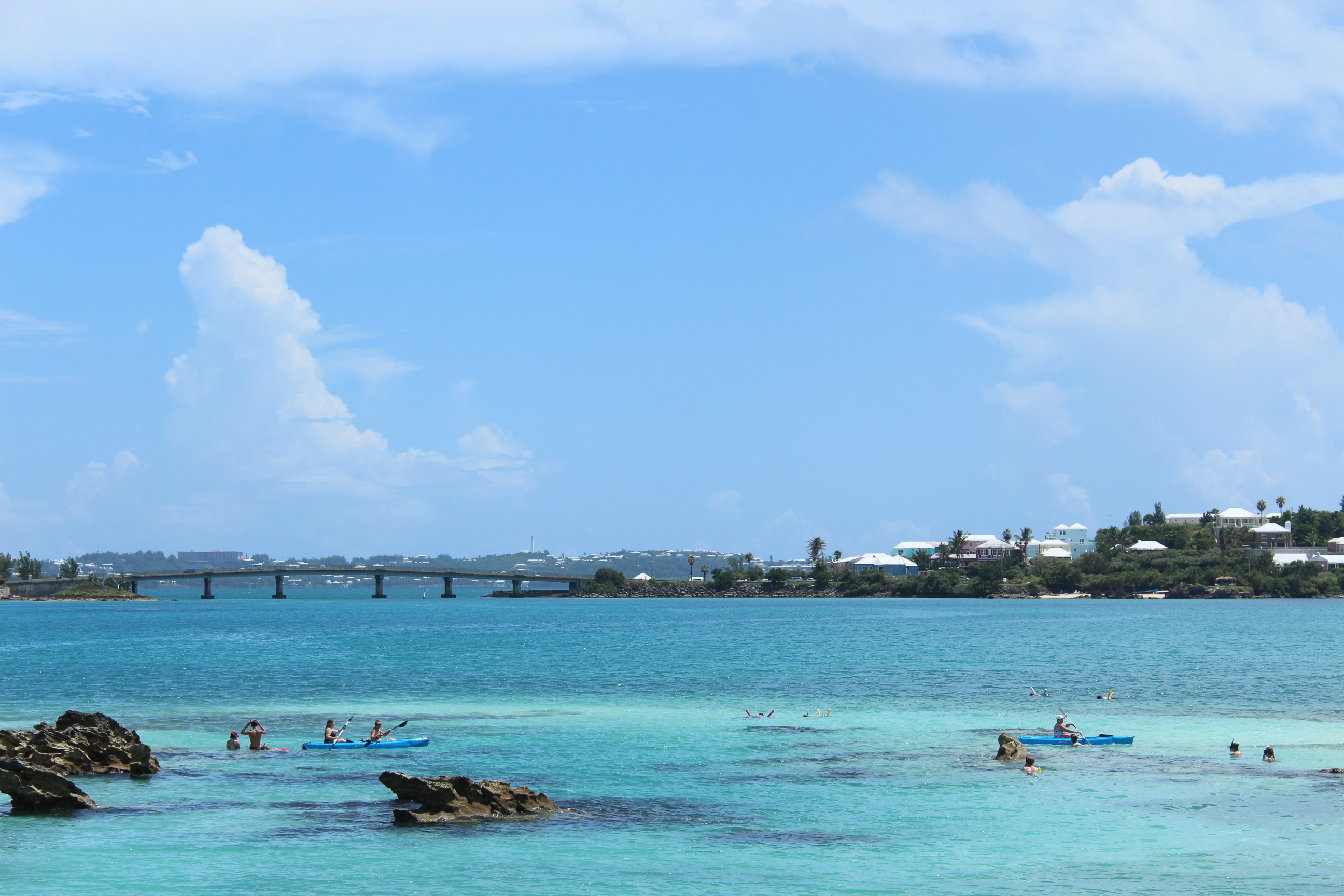 Bermuda: Fine service from St. George to the Royal Naval Dockyard (which is one point from the island to the opposite side!)

Before I heard about Brightroam, it never occurred to me that bringing and using my phone along on vacation was a viable option. Getting messages from my previous cell phone service providers always scared me with their rates (who can really afford to pay $2 per text  message in this age?).

Nowadays travellers going on brief vacations have developed almost a sort of technology-phobia while abroad simply because they know that everything is so much pricier when you’re away.

What’s more surprising is that because of the virtual monopoly that the big telecom providers have over Canadians, few think to look for affordable alternatives. But what I’ve found through travelling is that communication is essential, and always key to emergencies. When we go on vacation, it’s a hassle to really check over phone plans amidst researching for hotels, landmarks and etc., but Brightroam really simplifies the whole process. Capturing a market share in a niche and definitely growing market, I’m here to really spread the news about an innovative service that’ll eventually combat the pre-established norms for roaming and travelling.

After using Brightroam for the first time abroad, I found the whole process insanely simple. I already have an unlocked phone which really helped with the whole process as only unlocked phones work with the Brightroam SIMs. Now I’m not exactly a tech wizard, but after playing with a few settings, I realized that in order for the Caribbean SIM card to work accurately, you need to have your network settings set to either “GSM/WCDMA Auto” or just “GSM.”

I personally didn’t use data on my trip, but if you’re having problems with data, it’s most likely because of your APN settings. In a nutshell, the APN is the gateway between your mobile network and the Internet. Sometimes if not set right, the gate won’t be matched with your network and Internet, thus preventing you from surfing the web. That’s why it’s really important to set these settings beforehand to make sure that you won’t be cut without Internet when travelling. Although it sounds really technical and difficult, you definitely won’t have trouble “Googling” how to change these APN settings for your specific phone and carrier.

While using my phone in Boston (where I stayed for a short 2 days), I realized that my SIM card was automatically switched over to T-Mobile even though I had only planned on using it in Bermuda. What’s great about this is that even though I only bought the Caribbean SIM card, the rates for using T-Mobile were quite similar (so you can bank on them being significantly cheaper than your regular Canadian roaming charges). Brightroam does all the prior work of contracting with these companies to provide these rates to consumers just like me.

As with calling, there is the usual slight delay when dialling your number, but it lasts for no more than a couple seconds and my calls worked perfectly without a problem in both Boston and Bermuda. Text messages worked fine as well in both Boston & Bermuda. I was expecting a difference in quality of services, but as it turns out, there really isn’t a huge difference in quality using Brightroam versus your typical Canadian telecom company. I was connected to Digicel while my father was connected to CellOne. Both telecom providers work on Bermuda and really saved us quite a bit. No one likes not being in touch with their family/friends while travelling in large groups, so having our cellphones on hand and working definitely made life easier.

At the end of the day, my experience with Brightroam in Bermuda (where I was expecting slow service since it’s an Island practically in the middle of the Ocean) was excellent and problem-free. I fiddled with quite a few settings to try and understand my Samsung Galaxy S, but for the most part if your phone is unlocked and set on default settings, you’ll have no problem using any of the Brightroam SIMs. As always though, if you do encounter a problem of some sort, our customer service team is always ready to tackle the problem with you (be it a phone conversation, Facebook message, a tweet or simply a blog comment!).

Stay tuned for an additional post on telecom services in Bermuda for those who are planning on consuming a lot of data while abroad!